Famed for his brevity, Giuseppe Ungaretti’s early poems swing nimbly from the coarse matter of tram wires, alleyways, quails in bushes, and hotel landladies to the mystic shiver of pure abstraction. These are the kinds of poems that, through their numinous clarity and shifting intimations, can make a poetry-lover of the most stone-faced non-believer. Ungaretti won multiple prizes for his poetry, including the 1970 Neustadt International Prize for Literature. He was a major proponent of the Hermetic style, which proposed a poetry in which the sounds of words were of equal import to their meanings. This auditory awareness echoes through Brock’s hair-raising translations, where a man holding vigil with his dead, open-mouthed comrade, says, “I have never felt / so fastened / to life.” 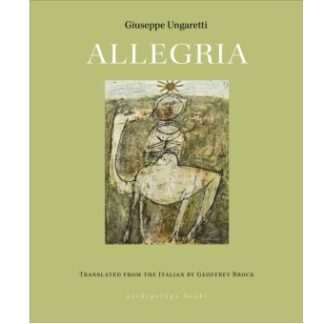