A new translation of a beloved anthology of poems from the golden age of Chinese culture–a treasury of wit, beauty, and wisdom from many of China’s greatest poets. These roughly three hundred poems from the Tang Dynasty (618-907)–an age in which poetry and the arts flourished–were gathered in the eighteenth century into what became one of the best-known books in the world, and which is still cherished in Chinese homes everywhere. Many of China’s most famous poets–Du Fu, Li Bai, Bai Juyi, and Wang Wei–are represented by timeless poems about love, war, the delights of drinking and dancing, and the beauties of nature. There are poems about travel, about grief, about the frustrations of bureaucracy, and about the pleasures and sadness of old age. Full of wisdom and humanity that reach across the barriers of language, space, and time, these poems take us to the heart of Chinese poetry, and into the very heart and soul of a nation. 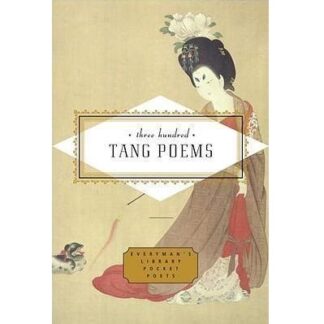