Confessions of an English Opium Eater

Describing the surreal hallucinations, insomnia and nightmarish visions, he experienced while consuming daily large amounts of laudanum, Thomas De Quincey’s legendary account of the pleasures and pains of opium forged a link between artistic self-expression and addiction, and paved the way for later generations of literary drug-takers from Baudelaire to Burroughs. Throughout history, some books have changed the world. They have transformed the way we see ourselves – and each other. They have inspired debate, dissent, war and revolution. They have enlightened, outraged, provoked and comforted. They have enriched lives – and destroyed them. Now Penguin brings you the works of the great thinkers, pioneers, radicals and visionaries whose ideas shook civilization and helped make us who we are. 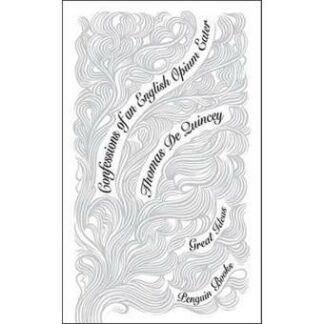 Está a visualizar: Confessions of an English Opium Eater 9.00 €
Adicionar