The Selected Poems Of Tu Fu

A new and substantially expanded version of Hinton’s landmark translation of Tu Fu, published on the thirtieth anniversary of that original edition

Tu Fu (712–770 C.E.) has for a millennium been widely considered the greatest poet in the Chinese tradition, and Hinton’s original translation played a key role in developing that reputation in America. Most of Tu Fu’s best poems were written in the last decade of his life, as an impoverished refugee fleeing the devastation of civil war. In the midst of these challenges, his always personal poems manage to combine a remarkable range of possibilities: elegant simplicity and great complexity, everyday life and grand historical drama, private philosophical depth and social engagement in a world consumed by war. Through it all, his is a wisdom that can only be called elemental, and his poems sound remarkably contemporary. 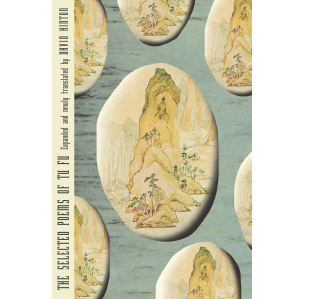 Está a visualizar: The Selected Poems Of Tu Fu 19.10 €
Adicionar