A book of poetry by Russian poet Arseny Tarkovsky, translated by Virginia Rounding. Includes many poems used in Arseny’s son’s films (Andrei Tarkovsky). With a bibliography of both Arseny and Andrei Tarkovsky, and illustrations from Tarkovsky’s movies. From The Introduction: Arseny Aleksandrovich Tarkovsky was was born in June 1907 in Elizavetgrad, later named Kirovograd. He studied at the Academy of Literature in Moscow from 1925 to 1929, and also worked in the editorial office of the journal Gudok. He was well respected as a translator, especially of the Oriental classics, but was little known as a poet for most of his life, being unable to get any of his own work published during the Stalinist era. His poems did not begin to appear in book form until he was over fifty. Illustrated. With bibliography and notes. 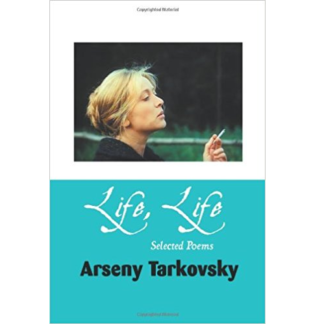