“A terrible beauty is born,” observed the greatest modern Irish poet after his country’s 1916 Easter Rebellion against the British. This streak of proud nationalism, interwoven with elements of Celtic lore and mysticism, and infused with a hard-earned wisdom, makes Yeats’s works resonate to this day. His career spanned five decades, earning him the Nobel Prize in Literature in 1923, and he is widely regarded as the finest English-language poet of the twentieth century.
This volume contains a rich selection of poems from Yeat’s mature work, including all the poems from The Wild Swans at Coole (1919) and Michael Robartes and the Dancer (1921). These memorable verses, embodying subtlety and objectivity in language of stark beauty and simplicity, offer a cross-section of Yeat’s multifaceted poetic production.
In addition to the famous title poem, the works collected here include the oft-quoted “The Second Coming” as well as “An Irish Airman Foresees His Death,” “The Wild Swans at Coole,” “In Memory of Major Robert Gregory,” “Under the Round Tower,” “Michael Robartes and the Dancer,” “The Rose Tree,” “A Prayer for My Daughter,” “A Meditation in Time of War,” and many more. 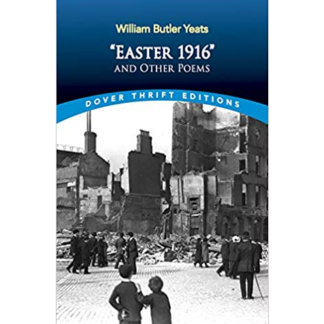