Award-winning Palestinian poet and author Mahmoud Darwish has been hailed the most important Arab poet of the modern age, his reputation only increasing since his death in 2008, his work coming to represent the voice of a generation and of a people. Comparisons have been drawn between his work and that of his close friend Edward Said. While Darwish explored themes of lost Eden, exile and life after death, he resisted classification as a spokesperson for the Palestinian cause, and refused to use his art for purely political ends. Darwish’s was a nomadic existence, much of it spent in international exile. These experiences lent his writing a cosmopolitan edge; far from insular, they partake of a worldwide mythology. Blurring the boundaries between prose and poetry, Absent Presence explores the meaning of life, the impact of exile, and an existence spent in companionship with the spectre of death. Partially autobiographical and marked by a sense of loss, it examines the nature of relationships – parental, carnal and, the most fragile of all, that with life itself. A hauntingly beautiful work, it is the perfect introduction to a poet of global significance. 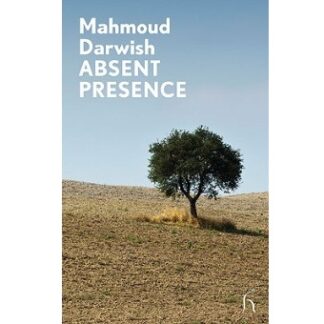